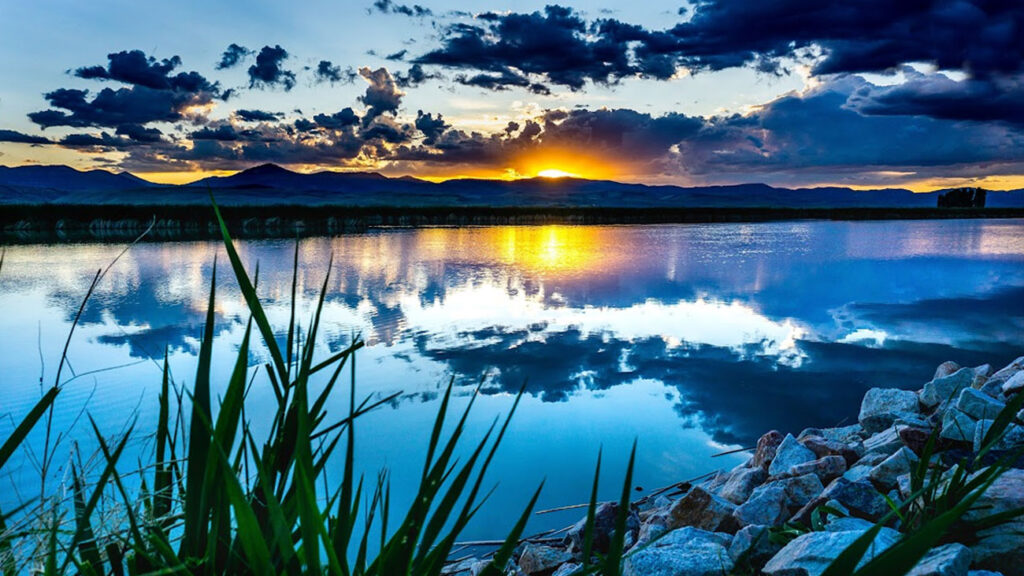 The beautiful high mountains and deep valleys are why visitors come back to Southeast Idaho year after year. Wide-open spaces entice you outside to take a pleasant drive and get away from
the busyness of life. Vast, green forests, rolling mountains, and plenty of wildlife sightings are what you can expect with a drive through Southeast Idaho High Country. So take a road trip through some of our best scenic routes! We have three Scenic and Historic Byways for you to explore!

The National Pioneer Historic Byway begins on US 91 at the Utah/Idaho border near Preston and continues north to the Idaho/Wyoming border. Historians will love learning about Southeast Idaho’s Native American, Pioneer, and Oregon Trail heritage. On the byway, visitors will enjoy pristine geological formations along with plenty of water spots.
Begin your journey with a visit to a memorial site designated as a Bear River Massacre National Historic Landmark just north of Preston where, in 1863, the United States Army attacked a Shoshone Native American Tribe.
At the north end of the Byway, drive through Grays Lake National Wildlife Refuge and see the world’s largest concentration of nesting Sand Hill Cranes.

The roads of Southeast Idaho from the Utah border through Soda Springs and west to McCammon have been roamed since before recorded history. The land was first traversed by various tribes of Native Americans who traveled to “Po-Ha-Ba,” the hot spring healing water at Lava Hot Springs. Then the area was later used by fur trappers and emigrants on the Oregon Trail. The scenic byway passes by Bear Lake, famous for its beautiful, turquoise-blue water.

On the Idaho Gold Road Tour, you will travel the route of gold prospectors, the railroad, fur trappers, and the Oregon Trail Emigrants. The Gold Road was first established in eastern Idaho during the Civil War. Usage increased in 1883 after gold was discovered in Virginia City. Visit historic landmarks including the Fort Hall Replica and Historic Downtown Pocatello. The route spans from Montana to Utah with 200 miles passing through eastern Idaho. It starts in Malad on the south end and ends at Massacre Parks on the north.