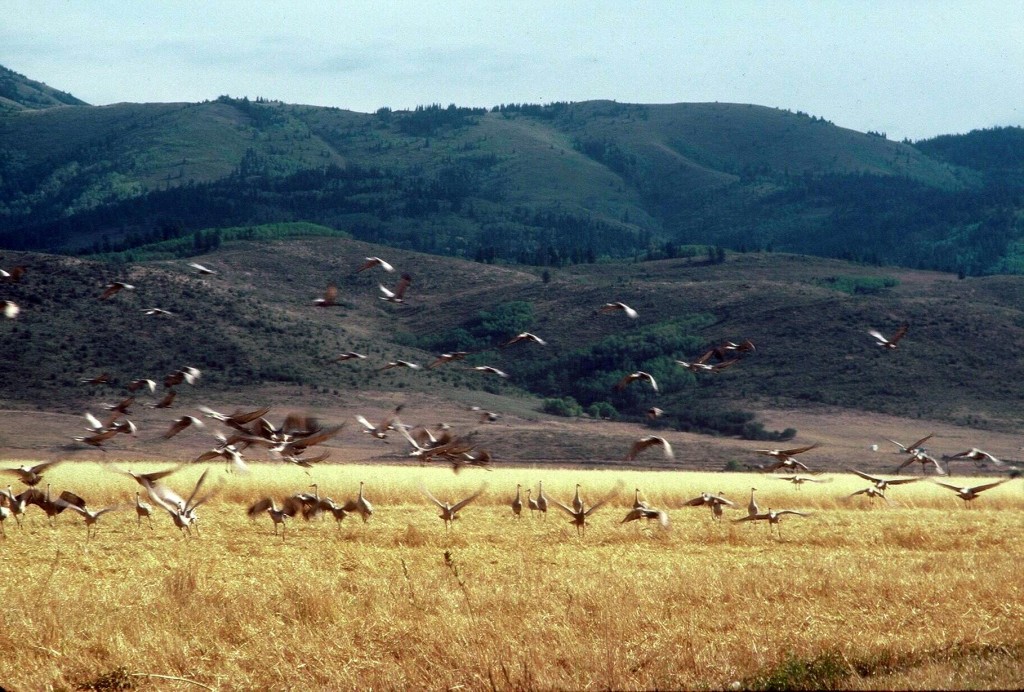 Grays Lake National Wildlife Refuge near Soda Springs is an effort to save things too precious to lose.  The area is part of the U.S. Fish an Wildlife Service’s effort to protect and restore habitat for nesting waterfowl.  It has also become home to the world’s largest concentration of greater Sand Hill Cranes.  As many as 200 pair will nest in the refuge starting in early April.

The refuge is home or a stopping place for many other species as well.  Franklin’s gulls nest in colonies numbering up to 40,000.  The marsh is a major producer of Canada geese and several species of ducks and large hawks.  Common mammals include muskrats, badgers, ground squirrels, moose and mule deer.

Any time is a good time to visit but May and June offer the greatest variety of wildlife and late September to early October is when the cranes gatherer for annual southward migration.  During the migration as many as 3,000 of the cranes may occupy the marsh at any given time. From Soda Springs travel north on Idaho 34 for about 33 miles.  The turn off is marked with a sign leading you to a gravel road that circles the marsh to provide excellent viewing opportunities.  You can  get information at the refuge headquarters located on the east side of the refuge.